Two centuries of tradition in favor of the region

The Rosario city port has a long history which has seen it evolve from a project to a reality that has followed the producer and exporter growth of the city and region. 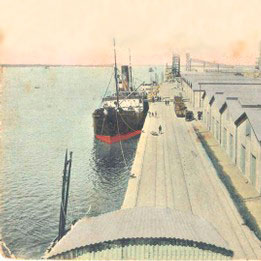 TPR keeps working every day to provide the highest quality of service to its customers, looking to maximize their competitive and comparative advantages to continue growing with the aim of occupying a privileged position in the Latin American port geography.

A modern port with the seal ofhistory

The origins of the Rosario city port back to the early nineteenth century, when they start thinking about building an artificial islet that would give shelter to boats. During the mid-century it began to gain importance as a shipping port, since it provided comparative advantages in terms of cost and time in relation to other port terminals, a condition that makes it the center of economic activity within the country. In 1856 a proposal is raised to grant it to private hands, resulting in a meeting of neighbors with the aim of forming a corporation to perform the necessary work, offering the population shares of the company. Setting another milestone during this century, some years later, navigation lines to Europe are set.

In the early twentieth century construction of new docks are made and the terminal is positioned as one of the most important ports in Latin America, becoming mid-century, the main exit of the country's grain production . Years later works are added with the opening of a new dock for general cargo and completion of the Canal Mitre, shortening distances and generating a reduction in costs and freight. At the end of that century, an historical high level of productivity is achieved, exceeding 9 million tons. In 1994 the port is transferred to the Entity Administrator of the Rosario's Port (EN.APRO) and so it began a phase of loads diversification. 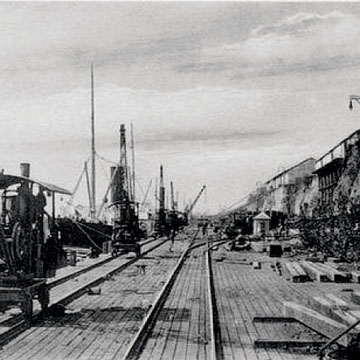 On October 2002, TPR wins the port bidding and starts the concession for 30 years. Towards the end of the decade, major changes begin to take shape, both structurally and culturally, with the clear objective to reposition the port of Rosario as one of the most important in Latin America. Ambitious infrastructure projects are developed, first class equipment is acquired and staff is developed to respond adequately to the demands of a reality that requires the utmost professionalism. In recent years, TPR is focused in optimizing the quality of its services on a constant quest to generate efficient and reliable answers to adapt to context changes.

TOWARDS THE END OF 2013 TPR COMPLETES THE DEVELOPMENT OF ITS MASTER PLAN, WHICH INCLUDES A GENERAL CONCEPTUAL PLANNING TO MEDIUM AND LONG TERM, WHERE THE STEPS TO GET TO THE MAXIMUM EFFICIENCY OF THE TERMINAL EQUIPMENT AND INFRASTRUCTURE ARE SET.